Community leadership is unique and unlike other leadership positions because it requires the leader to acknowledge that he or she works in a living breathing system.

Aside, from the physical infrastructure of their surroundings, community leaders must also recognize that their neighborhoods are made up of various groups that include parents, youth, local business, schools, etc.  These groups form the social systems that communities are built on. Thus, leadership in systems such as these requires individuals who are more inclined to rely on the various stakeholders within the community systems to inform the decisions rather than themselves.

Community leaders are expected to serve as insiders who can articulate the beliefs, hopes, and needs of their community.  Individuals taking on leadership roles are expected to act as community insiders who have tapped into the various motivating factors of the community and have a sense for how they can be used to involve community champions. Put simply, individuals identified as community leaders should know their community, the individuals in it, and the physical and social infrastructure that supports it.

Knowing the community means being informed on the human and political issues affecting the various neighborhoods and the community members that reside in them. Human issues directly affect individuals living in the community and have either a positive or negative impact on its inhabitants. Examples of human issues might be an influx of new groups or underage drinking that contributes to violence. 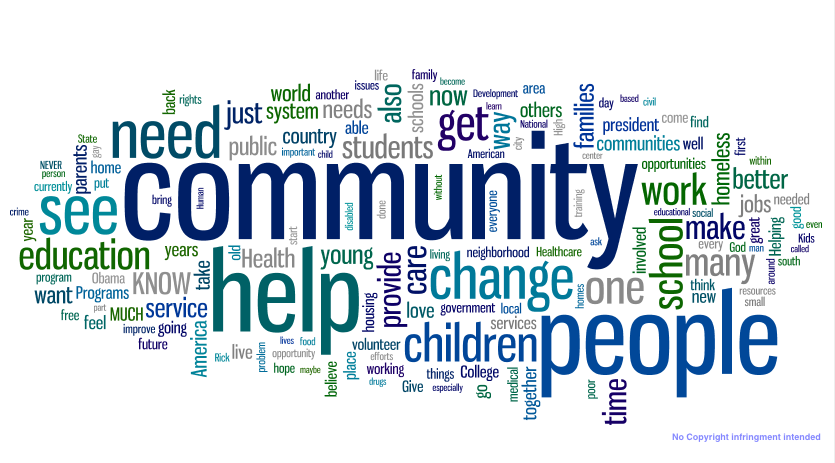 Being informed on the community means being aware of political issues such as the influential “movers and shakers” and knowing if one group is less inclined to work with another due to various affiliations. Whatever the case may be, it’s up to the community leaders to gauge the collective attitude on as many of these issues as possible.

There are a number of ways to be informed about your community weather its conversations with neighbors in passing or finding out about and attending local advisory board and district meetings. The key to remember about being informed is that much of your success as a community leader resides on your ability to collaborate with various individuals.

Doing so will involve being aware of how to connect with key stakeholders and having a sense for the issues that will motivate them to act.

Acknowledge the Importance of Collaborating

The collaborative leadership process involves a leader who instead of focusing on power within the community enables others to give power to the community3. One of the most effective ways to work with multiple stakeholders and partners is through collaborative process.  Collaborative leadership is the ability to engage others by bringing the appropriate individuals together, providing opportunities to work together, and sustaining their actions.